Why is Hawaii So Expensive? 10 Reasons

by admin
in Money Management

Hawaii is one of the most beautiful places in the world, both as a well-loved vacation destination and as a dream state to live in.

Current estimates say around 10 million people visit Hawaii each year), with a one-week trip costing around $2,000 per person.

Hawaii isn’t only expensive for tourists – it’s also ranked the most expensive state for the cost of living in the U.S., coming in at nearly twice the national average. If Hawaii is so popular, what exactly makes it so insanely expensive?

Hawaii is an island state, meaning everything from groceries to shipping costs significantly more than it would on the mainland U.S. or many other vacation destinations.

Below, I’ll dive into 10 of the reasons why Hawaii is so expensive.

10 Reasons Why Hawaii Is So Expensive

Hawaii is around 2,500 miles from the U.S. West Coast, meaning shipping is expensive and it is logically challenging to import items, cars, and food to the islands.

Distance isn’t the only thing affecting the cost – the U.S. also passed the Jones Act, which mandates that all shipped goods between U.S. ports have to be sent on ships that are built, owned, and operated by U.S. citizens.

While the goal is to protect U.S. commerce, it also makes it significantly more expensive to ship goods to Hawaii by limiting the number of ships that can transport goods.

Hawaii has a general excise tax of 4 percent and an average local sales tax rate of .44 percent.

The state’s gasoline tax rate is 51.69 cents per gallon, which is significantly higher than the national average.

The top individual income tax rate in Hawaii is 11 percent, which is the second-highest in the nation. 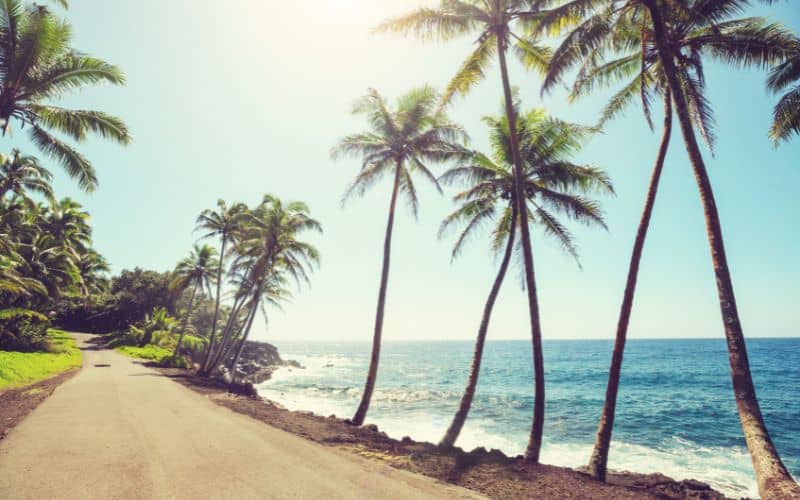 The weather differs slightly on the Hawaiian islands, but overall weather is overall sunny with temperatures running between 60 to 80 degrees Fahrenheit year-round.

The beautiful, sunny weather makes it an ideal vacation destination, as well as a popular location for winter homes for residents of the Northern U.S. and Canada.

Many residents of Hawaii are not native Hawaiians and have instead moved to Hawaii in favor of the tropical weather, year-round sunshine, and popular surfing destinations.

As mentioned previously, it’s estimated that around 10 million tourists visit the Hawaiian islands every year.

While tourist activity is a significant economic stimulant for the islands, it also pushes up the price of hotel rooms, rental cars, and restaurants.

This makes tourist activity both a positive and negative thing for local Hawaiian residents, who benefit from the tourist spending dollars but also are forced to deal with rising food prices, high activity, and restaurant prices, and long lines to get reservations for local attractions and food. 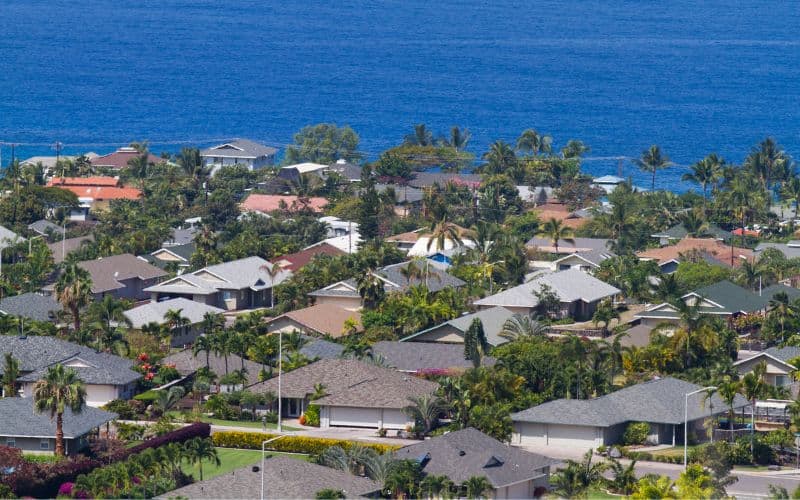 Housing in Hawaii is extremely expensive, with Zillow estimating that the average Hawaiian home value is $908,490, a 15% increase from 2021.

Hawaii ranks the most expensive state in the nation for utilities, with a 2019 study showing that Hawaii residents pay an average of $587.79 per month.

I personally live in Maui and was notified by Maui Electric in the summer of 2022 that they expected utility costs to rise significantly due to the war between Russia and Ukraine and its impact on energy costs.

Since that notice went out, my electric bill rose from $500-$700 per month to over $1000 per month for electricity alone.

Hawaii is an archipelago made up of 8 major islands, meaning the land is limited.

While the state’s beautiful beaches and sunny weather continue to attract new residents, the limited supply of land has caused housing prices to rise drastically.

Real estate in Hawaii jumped 22% from 2020 to 2021, which was further fueled by limited housing inventory and a lack of available land.

The sudden push for remote work in 2020 also cause many remote workers to leave their previous job locations and look for houses in Hawaii, making it hard for established Hawaii residents to find affordable housing.

The University of Hawaii released a report showing that Hawaii has the highest median cost of housing in the nation, as well as the highest level of regulations.

While strict regulations, limited housing, and long building timeframes mean houses in Hawaii retain their value, they are can be extremely unaffordable and make buying a house seem like a pipe dream for some Hawaii residents.

Hawaii is an extremely popular tourist destination because of its pristine beaches, status as a U.S. state, relatively close proximity to the U.S. mainland, and tropical weather.

Tourism makes up about 21 percent of the Hawaiian economy, which while positive overall, means that short-term housing is strongly impacted by the large numbers of tourists.

Many landlords choose to list their apartments or condos as short-term housing in order to appeal to tourists, which can drive up overall housing prices and the cost of the rent.

10. You Have to Travel to Hawaii By Plane or Boat

Hawaii is an incredible place to visit or to live, but it’s also relatively far from the U.S. mainland, meaning you have to travel to Hawaii by plane or by boat.

Depending on where you are flying from, plane tickets can range between $350-$1000 per person, which can add up when planning a family vacation.

In order to save money on a Hawaii vacation, it’s best to be flexible with dates and aim for less-popular months, such as September to mid-November, or mid-April to June.

So Hawaii Is Expensive, But Is It Worth It?

I have visited Hawaii multiple times as a tourist prior to moving to Hawaii, and I can say both as a resident and a tourist, it’s definitely worth it.

If you are planning to move to Hawaii, it’s best to have a job prior to moving or to come with an in-demand skill set that will make it easy to find a job.

You should also take into account that the overall cost of living is higher than on the mainland U.S., and make sure your budget allows for those price increases.

If you’re considering visiting Hawaii as a tourist, it is equally worth it. Hawaii has year-round incredible weather, and beautiful beaches and is easy to visit as it is part of the U.S.

If you are concerned about the cost of a Hawaiian vacation, consider visiting Oahu or the Big Island both of which are more budget-friendly than Maui or Kauai.

In short, the answer is yes – both living in Hawaii and visiting Hawaii are 100 percent worth it, despite the cost.

If you live in Hawaii, are considering moving to Hawaii, or have visited Hawaii as a tourist, please comment and let me know your thoughts on Hawaii costs!

Thanks to Denise from Hawaiian Islands Travel for today’s article. 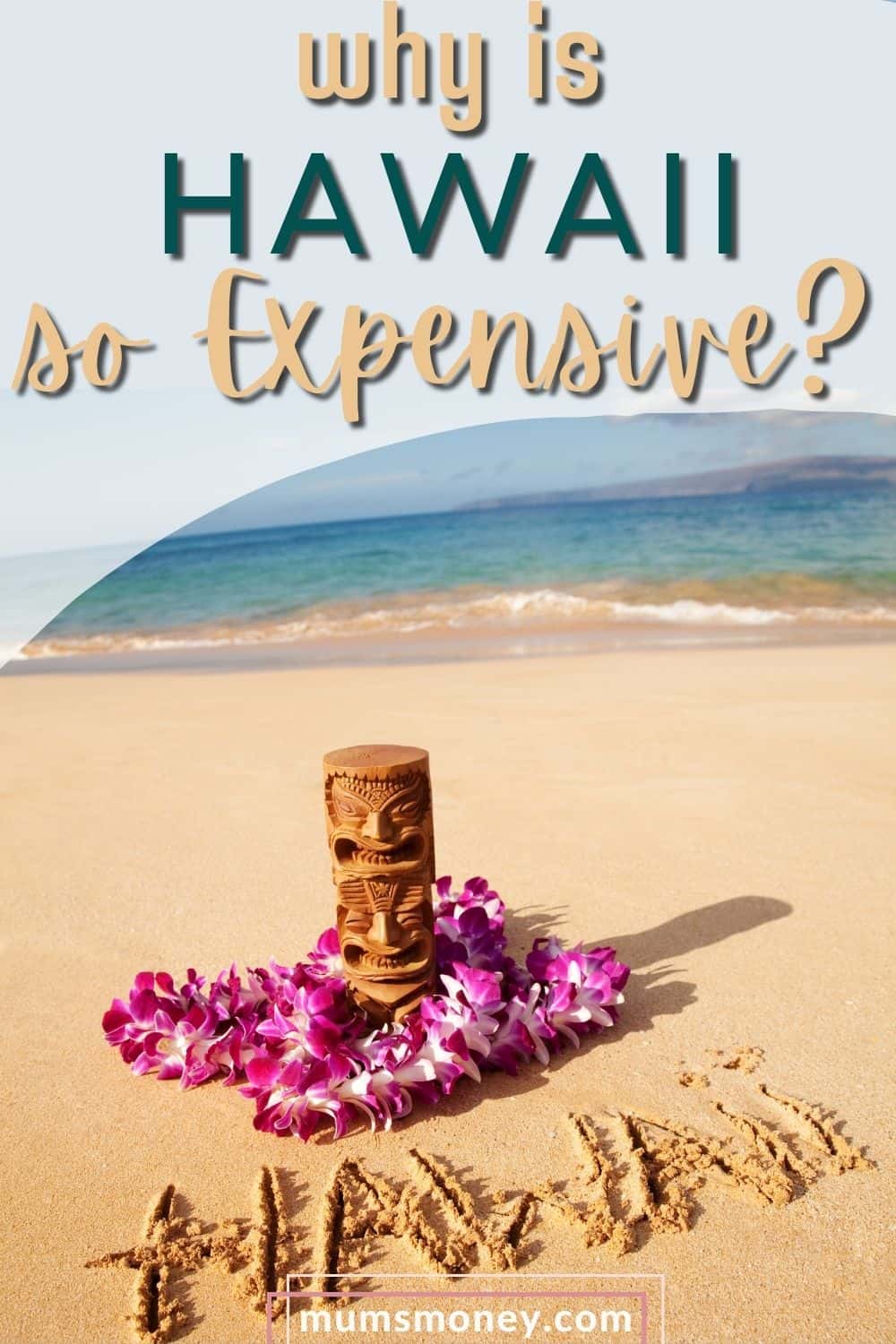 Proofreading Jobs from Home: SAVE 60% NOW!

Does Target Take EBT? What You Need to Know

How to Earn Passive Income While You Sleep

Yelp is Hiring Work from Home in Some States!

No Result
View All Result